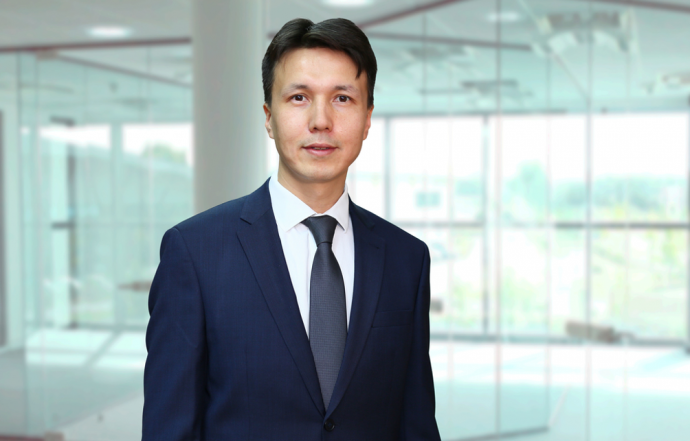 By the decision of the Board of Directors, Meirzhan Bakhitovich Yussupov was appointed to the position of the Chairman of the Management Board of «NC «KAZAKH INVEST» JSC.

Mr. Yussupov started his career as the Deputy Director of the Marketing and Internal Audit Department at «Turkuaz Group of Companies» JSC. From 2003 to 2009, he worked at «Demir Kazakhstan Bank» JSC and held various positions at «NWF «Samruk-Kazyna» JSC. In 2009–2010, Mr. Yussupov worked in public service, as a Deputy Director of the Investment Policy Department of the Ministry of Economy and Budget Planning of the Republic of Kazakhstan. In 2010, he held the position of Director of the Department of Corporate Finance and Treasury for  «National Atomic Company «Kazatomprom» JSC. In 2015, Mr. Yussupov was appointed Chief Director of Economics and Finance at «Kazatomprom». From November 2020 to February 2021, he served as the Vice Minister of National Economy of the Republic of Kazakhstan.